With over 20 years experience in the profession, Darren also facilitates workshops as a freelancer and for many organisations and educational institutions in drama, film and writing.      This includes Applied Theatre and screenwriting  for all ages and educational and developmental sessions for young people and children.

Darren Rapier trained at Rose Bruford College, graduating in 1995 with a degree in writing. He has written for film, television, radio and theatre. Plays include The Thieftaker, about the first real gangster in early Eighteenth Century London; People in Glass Houses, a futuristic absurd comedy; Smoke, a play with music, about the railway ‘improvements’ and clearances of 1863; Boom, a community play set in 1936, about the housing boom in the South East; Extensions of Love, about one woman’s obsession with another and Worlds Apart, set in India and the UK. Adaptations for children have included The Snow Queen, The Little Mermaid, 1001 Arabian Nights and Clara and the Nutcracker. Short plays include The Gallery, and the ten minute musical Dying for a Kipp at Greenwich Theatre. In 2007 he wrote and co-directed Payback for Greenwich and Lewisham Young Peoples’ Theatre and Departures for the National Youth Theatre. He has written and directed five short films (It Is,  The Race, Blind Man's Bluff, Fairy on the Run and Sealed with a Kiss) is a writer on Doctors and EastEnders for the BBC and has two feature films in development. Darren has been short listed for the Carl Forman Award at BAFTA, is a selected short film writer for TAPS and was a finalists in the BBC Talent Television Drama initiative in 2002. His radio play Vital Statistics was part of BBC Radio Drama/Hampstead Theatre’s ‘Stages of Sound’ 2006 and he was a staff writer on BBC Radio's continuing drama series Silver Street. Other directing work has included many large scale projects, including Our Town Story at the O2 for the millennium and a short devised show for Her Majesty the Queen.  Acting work has included Casualty, Little Howard’s Big Question and the feature films When Did You Last See Your Father and The Be All and End All.   Darren is Artistic Director of Spanner in the Works, who run drama based workshops in schools, hospitals and museums and a freelance drama trainer and facilitator.   He has recently become Company Director at Tualen Pictures. 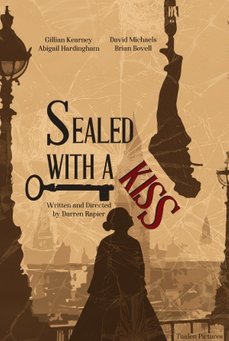 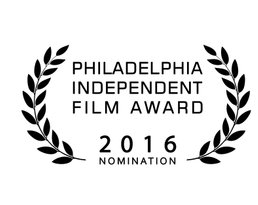 Short film SEALED WITH A KISS, written and directed by Darren Rapier. Starring Gillian Kearney, David Michaels, Abigail Hardingham and Brian Bovell was been nominated for Best Short Film at the 2016 Philadelphia Independent Film Awards and selected for a number of festivals.

Darren's book of lockdown puns is now available on Amazon and other online book shops.

Darren's original BFI screenwriting classes WHAT'S  THE BIG IDEA have moved online and details of the the next course can be found here.

Darren's community play Jam Tomorrow, set in 1968, was on in February to launch the opening of the newly refurbished Fellowship Inn, as an Arts and music venue, in Bellingham SE London. It had over 45 speaking parts, with a choir and house band, with a mix of original and contemporary songs. The play is available here.

Darren's musical SMOKE, with music by sam Hall, was on as part of Page to the Stage at Southwark Playhouse in September. Clips can be found here:

Where Are You Going To?

Crush the Bricks Down

Who Can Stop it but Me?

Darren's latest episode of DOCTORS 'Blood, Sweat and Tears' was on BBC1 on 5th January.

Darren's EASTENDERS episodes have included the Easter Monday episode and the 'Fathers and Sons'  special.

Darren worked with Mousetrap Theatre Projects in the summer to create a new schools musical called WHERE ARE WE GOING? with Steven Marckwick, directed by Patrick O'Sulivan.

15 minute opera KILLER GRAPHICS, with book by Darren Rapier and music by Sam Hall was on, along with 5 others, at the Royal College of Music, Crime and Punishment Showcase on the 20th & 21st May.   You can still see it  here

Sci-Fi short film HOW TO BE HUMAN, written by Darren Rapier, directed by Bruno Centofanti, co-produced by Sci-Fi London was selected for the Raindance Film festival and Encounters (among others) and won an award of excellence at the One Reeler Film Awards. It also won 'Best Sci-Fi Short' at the Sao Paulo Times Film Festival and is now screening on DUST

Darren's TV drama pilot SECTIONS, that he has written and directed, is currently in post prodcution.

Darren has just delivered the final draft of the new Sci-Fi short A HUMAN EDGE, in development with director James AAW Cork, looking towards a shoot date early next year.

Darren is currently developing 3 feature films (Rocket, Turn of the Sun and The Glass House) with Sci-Fi London.